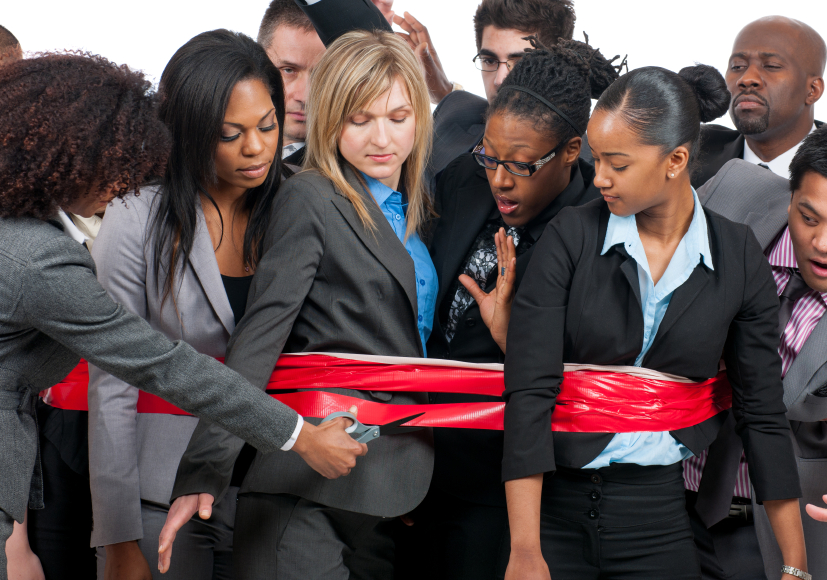 In the midst of a company reorganization, Joyce was feeling grateful that she was the only one in her five person department who survived. High-paying Sr. Director positions are not a dime a dozen and she knew that jumping ship might not be a viable option. However, she was worried that her considerable marketing experience and skills would be underutilized in the new position. Additionally, she was concerned that accepting this position would derail her career and aspirations for a higher level position. Her new assignment was narrowly focused on business development for a specific product franchise. “I can do this new job in my sleep. What am I going to do with all the extra time I have,” she said.

Like many executives, Joyce was accustomed to working more than 60 hours a week and her life revolved around her job. While her job title and level, as well as salary and perks, remained unchanged, due to the diminished scope of her responsibilities, the change felt like a demotion. Her head was filled with questions like, “What did it really mean that she was reassigned? Did the company not value her? How would others outside the company view this reassignment? How would this new role affect her ability to progress to the next level? In the midst of her anxiety, it was difficult for her to see the situation objectively. Here’s how Joyce and her coach worked through the anxiety, rebuilt her confidence and ability to move forward towards her goals.

When things happen to us that threaten our lifestyle or ego, we can easily blow them out of proportion and make them seem larger or more significant. In addition, when we are in an emotional state, it is difficult to access our thinking brain. That is the state that Joyce was in when she started working with her coach. She needed some tools to help her access the objective, cognitive part of her brain.

Joyce decided that making a list of the positives and the negatives of the situation would help her. Her greatest and most important positive was that she remained gainfully employed and the lifestyle she enjoyed was in no immediate danger. In addition, she had more than sufficient savings to cushion the fall if her luck changes and she does not survive the next reorganization. Another revelation was that this reassignment provided the gift of time for her to experiment, do some research, dialogue with others and figure out what she wanted in her future.

She also acknowledged that since her new job focus was so narrow, she could broaden and deepen her expertise in the product area. Based on her assessment that the new role would be less demanding, she needed to use this gift of time effectively. As a workaholic and someone who defined herself by her work, this surplus of time was not particularly comforting.

Joyce realized that the negatives of her situation were about perceptions of her as an executive. This situation had made her feel like a failure and that others would see her similarly. When she learned that others wondered how she alone survived the change when her colleagues had not, she began to appreciate that this situation was more positive than she initially realized. Now that she was in a more positive emotional state, she could begin to plan.

Joyce developed a plan for how she could use all the extra time she would have. Remember extra time to Joyce is those 20 plus hours that exceed a 40 hour work week. She had purchased a home 5 years previously and never decorated it. With her new found time, she set about making her home into a place where she could entertain. She began to have parties and bring friends and colleagues together. Joyce also began to travel more to spend time connecting with friends and family. Work colleagues remarked how relaxed and happy she seemed- a comment she had never received before.

With more time to reflect, Joyce learned that she liked the broader strategic aspect of the new position and that this was an opportunity to review the types of positions where she could use these skills. She set up meetings with people both inside and outside the company to learn more about the types of positions that matched her skill set. Through these meetings, she developed a relationship with a male colleague, who became her mentor and helped her understand where she might build new skills to achieve her goal of reaching the next management level.

Interviews with peers and other managers, helped Joyce learn that her previously intense focus on work was not as valued as she thought. Others saw her as impatient and sometimes aggressive, while she saw her behavior as action-oriented persistence. She also learned that others viewed her greatest strength as her ability to analyze and synthesize disparate data into a cohesive strategy and welcomed her more relaxed presence and effort to engage them in her learning.

Joyce learned a lot about herself through this process. All work and no play had made her inflexible, impatient and ineffective. Since she was getting things done, she had not taken stock of the toll on her mood and overall life. In the past, she was critical of her colleagues who left the office at a reasonable hour. Now, she is more thoughtful about how she uses her time and understanding of others choices for their own time. She realized that her life was out of balance and when she factored in social activity with work colleagues , friends and family, she was more productive. In the process, she has gained new respect for her colleagues who lead more balanced lives. Now, if her work week is long, it’s because she is spending more time socializing with her colleagues or managing her work around her life.
Due to her new appreciation of the concept of energy management, she feels more balanced and energized. Her colleagues report that she is now a warmer, more patient and available leader with whom they enjoy collaborating.

Joyce also learned that she had been playing it safe and not truly leveraging her key strengths. For 10 years, her focus was on moving up the marketing hierarchy and her narrow focus had closed her off to other opportunities. Focusing on collaborating and bringing people and data together to drive strategic decision making energized her much more than reviewing marketing campaigns and ad spends. While the next level position was not immediately available, two years later, Joyce was tapped for a global VP position in another company.

In the end, she realized that the reorganization was a gift because it allowed her to take a hard look at herself and make the changes necessary to move her life and career forward.