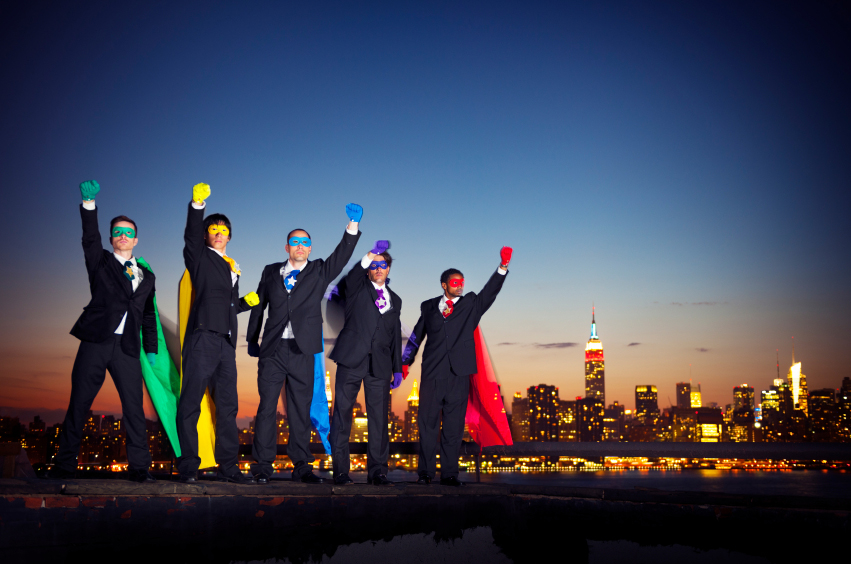 Jack was excited about joining a relatively young and growing company after many years with one of the large players in the pharmaceutical industry.   He had the required education, expertise, and experience and had interviewed well.   Now, he would be leading the function as a VP with a mandate from his Senior VP that he make whatever change necessary to make the department more effective.  Only three months into his tenure, he found himself hitting a wall, unable to make the changes he believed would make the function operate more like it did at his previous company.   Whenever he brought proposals forward to his supervisor, she suggested that he limit his scope.   In addition, the marketing team fought him at every turn and became aggressively vocal in meetings, questioning his and his team’s competence.  His frustration turned to anger and disillusionment, leaving him feeling like work had become a battlefield.

What went wrong for Jack?   What could he have done differently before taking the job?  What could he have done differently after taking the job?  In the process of interviewing at a company, we typically pay attention to the job, scope of responsibilities, our supervisor, the salary and benefits and opportunities for growth.  Jack correctly assessed that he could do the job based on expertise and experience but failed to factor in company culture.  Let’s take a look at some factors that Jack could have assessed.


Pay Attention to What You See and Hear

Sometimes in the process of interviewing, we are so focused on selling ourselves to the organization that we forget that part of the process is determining whether the organization is the right buyer.   In addition to the documents and processes we encounter on job interviews, we are bombarded with additional data.  From the reception at the front desk to the encounters during our visit, data is everywhere.  What do you see when you walk in the door?  Are you greeted by someone?  Were they expecting you?  Were interview participants prepared to meet with you?  Who did you meet with and why?  Who didn’t you meet with and why?  How are the people dressed?  Is the office noisy or quiet?  Are office doors opened or closed?  Do people greet you as you pass by or simply ignore you? How does it feel to be in their space?  What language do interview participants use? Do they use phrases like, “Sometimes we need to turn on a dime,” or “We work hard and play hard.”? Always drill down on these types of responses for examples to insure that you know exactly what they mean.

Take Jane for instance. Jane interviewed with a potential supervisor who described her work style as fast and furious.  In her description of her own work style, Jane used the terms, thoughtful and methodical.  After taking the job, Jane and her new supervisor were constantly butting heads due to these opposing work styles.  Somehow, Jane believed that since her supervisor knew this was her style and hired her, that she would be accommodating.   Jane did not understand that the supervisor expected her to do the accommodating.   The aggressive and fast pace in the organization mirrored the style of the CEO; to survive at this company, Jane needed to adapt.

Bottom line, if you are not a person who can easily adapt to new situations, it would be advisable to choose an organization that fits your comfort level.   Organizations don’t change to accommodate individuals.  Individuals must adapt to the organization to survive and thrive.

If you do your best work in an environment with lots of structure and process, a young and growing organization may not be the right fit.  Structure can provide a level of comfort and certainty for some individuals and a level of frustration for others.  Jack was moving from a large blue-chip publically traded company to a mid-size company led by its founder CEO.  The large company was hierarchical with clear boundaries, processes and procedures as well defined roles and responsibilities.  The new company one was more opportunistic and informal with unclear boundaries, roles and responsibilities.  In fact, the CEO was known to simply drop in on any employee, if he had a question.  This practice could be very unsettling, especially when your supervisor reports to the CEO and you are unclear as to what they have discussed and why he now needs to discuss it further with you.  Rarely would a  VP at Jack’s former company  have any interaction with the CEO or any other officer of the company.

[box type=”shadow”]
After Taking the Job[/box]

One of the most difficult things for any new hire is to understand how things are done at the new company. There are the written rules, which HR and other functions have documented and will share during the employees’ orientation, but what about all those unwritten rules. Unwritten rules are critical but unspoken strategies that are essential to survive and thrive in an organization.
What are the sacred cows that are too risky to tackle? Who really has the power and the influence?; which rarely captured on an organizational chart. Where are the political landmines that need to be avoided? Every employee needs some level of handholding in the early days, no matter how competent they are or their organizational level. Without that handholding, they may not adequately understand where resistance will be encountered and may make critical mistakes, from which recovery is difficult or sometimes impossible.

Jack needed help to navigate the culture and understand the unwritten rules. What he would have discovered sooner rather than later is that although he reported to an officer of the corporation, his success would be dependent on his ability to work effectively with the marketing function. He knew that the relationship between the functions was toxic and dysfunctional. However, he never took the time to understand how it had gotten that way and what he might do to repair it.

For more on the topic of unwritten rules, consult Peter Scott-Morgan’s book, the Unwritten Rules of the Game.

Build Allies Early
Jack could have reached out to longer-tenured peers to help him understand the history between his function and the marketing department. Then he would have discovered that he was the fourth person in five years to take the position. He also might have discovered that his function’s relationship with the marketing team was a major factor in the tenure of the previous VP’s. A red flag for sure. Perhaps then, he would have understood that his most important first step was to develop a strategy to get the target off his back. Instead, he simply became their new target.

Imagine how different the experience might have been if Jack had reached out to the marketing team and asked them to share their frustrations with his group, their needs for support, and the most important things he could do to improve their relationship.

We spend the majority of our adult lives working. Carefully selecting the company environment that you do that work in is essential to your success. Just think of yourself as the asset you truly are and sell yourself to the buyer who will appreciate that asset.