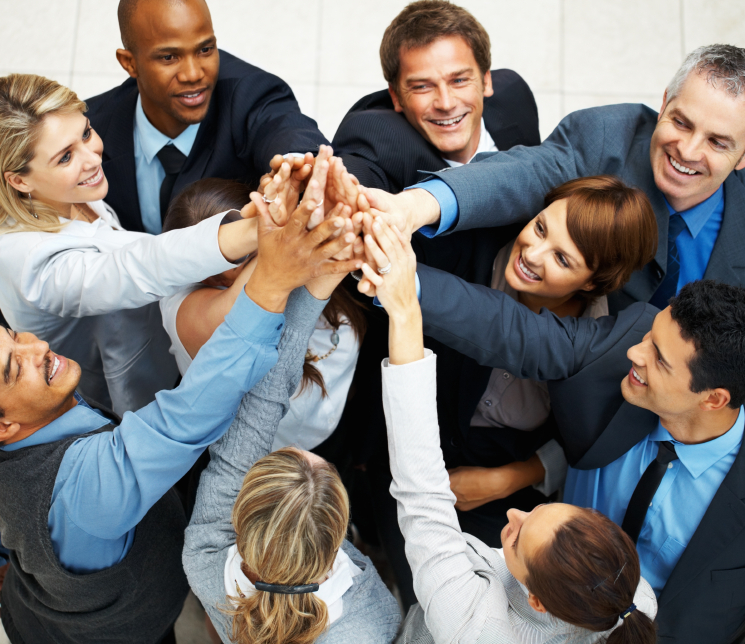 We have all been on teams where someone doesn’t do what they said they would do. When that happens, it creates issues of trust. Trust is the glue that holds teams together. Without it, there is little hope for productivity. Instead, the group will start to work around a team member who can’t be counted on. If that person serves a critical role on the team, others may become fearful of failure. Some may disengage, while others may become openly angry or hostile.
There could be many reasons why someone doesn’t follow through on their promises. Reasons such as, overpromising and finding themselves overwhelmed or making competing promises to different individuals or groups. No matter the reason, when you don’t do what you say you will do, people will develop their own perceptions of your behavior. Some might perceive that you are incompetent; others might believe that you have a hidden agenda.
The other side of accountability is taking responsibility for your own actions and decisions. Shifting blame to others when things do not turn out as expected is unlikely to engender respect or trust. If you want to be trusted, you have to be trustworthy.

Rarely does any project rest on the activities of any one person or function. You may play a particular role when you serve on a team, but it’s not enough to be a good team member. A good team member also helps others play their role. If one person or part of the team fails, typically the whole team fails.
This is where leaders separate from the pack. A true leader is able to protect both their interests and those of the greater team by contributing their expertise and talents and helping others do the same. Leaders encourage, negotiate, advocate and share. There is no better way to develop allies and followers than to be supportive of others. Words of your good deeds will spread and you may become the person that others seek out.

One of the most challenging aspects of teamwork is managing the diversity of perspectives. We typically understand and agree with those who share our perspectives and disagree with others. However, good ideas, unexamined obstacles and opportunities may never surface if you are closed to different or unique perspectives. Team leaders play an important role in assuring that all voices are heard. So do team members. There are many ways to do that and they are all about process. Whether it is decision making by consensus, polling the group, using a six hats thinking process or any other group process, finding a way to get everyone’s perspective will improve not only output but the cohesion of the group. If you are more expressive, yet find that some colleagues have not been heard, you can use your expressive nature to pull them in by simply asking, “Raj, is there anything you would like to add to the discussion?”

I once had a physiology professor who only gave essay exams. His policy was to take off points for too much verbiage; you are rambling and in the process got to the right place, or for too little verbiage; your thought process is not complete and you left out important points. To gain an A, you had to get it just right. What a great lesson in communication. Here are a few others for good team communications.
Think before you communicate. Email is the new memo. Today, if someone wants to pass on information, they have to resist the knee jerk reaction to send an email. And we’ve all been the victim of the email with 100 people copied, where the writer expects that it will be read and digested by all. I don’t know about you but reading long detailed emails distributed to everyone is not at the top of my daily to do list.
Some managers use email to avoid face-to-face conflict. However, such tactics usually create more conflict. We have all seen the email debate between colleagues where many people are copied and simply reading its content makes you feel like you are the one being assaulted. Before you tap out that next email, ask yourself a few questions,
• What are my intentions for this communication- to inform, seek action, confirm a verbal agreement…….Do your readers a favor and highlight that in your subject line. If you need a response, indicate it and provide a deadline for that response. If it is urgent- use another medium.
• Who really needs to receive this communication and why? Today, we have so many ways for people to get information- intranets and internet sites, shared workspaces, shared drives, etc. Often, email is not the most effective option.
• Is the information sensitive or controversial? If you answer yes to this question, email is definitely not the right medium. Perhaps a phone call or meeting would be more appropriate.
Leave Space for Others – Yes, It Bears Repeating!
Meetings can be endless talk fests with the same people talking all the time. How would you feel if you knew you were going to a meeting where you would never be able to interject a comment or perspective and no one seemed to care or notice? I bet, your reaction is not, “Wow, sign me up.”.
If you are one of the people who talk a lot because you have a lot of ideas to share, why not be more strategic and economical. Bring your top one or two well-developed ideas forward and then stop. I guarantee you, your team members would start checking in again instead of going to that safe place in their head where they have learned to hide until you are done. They went there the minute you opened your mouth and their first thought was, “oh no, here he goes again……”

If you are one of those people who is more introspective and have trouble presenting ideas off the cuff, prepare one of two comments/ideas about the topic and share early in the discussion before the talkers have hijacked the meeting. If you can’t get in early, then look for the next available opportunity to jump in.

If you want to win friends and influence people, be the one who observes and checks to see if a team member looks like they have something to say and help them out by saying, “Mary, you look like you want to share something.”

If you were in a team meeting where everyone agreed on a particular approach, yet after leaving that meeting, you witnessed a team member telling others that the team was clueless and inept, because they had not considered a,b, or c, how would you feel about that person? I’m guessing your feelings would not be positive. Many managers say that they can’t be honest because it creates political backlash. Poppycock. How can the team consider perspectives that are not shared? It may not be easy to share your perspective when you believe that it is in conflict with others but doesn’t your team deserve to have it anyway? Effective team members learn how to share their perspective without negating or judging the perspectives of others.

Own your perspective. Honesty is not about saying everything you think or believe. Honesty is sticking to your beliefs and convictions and not throwing others under the bus. If you support another person’s position and then bail on them when it’s time to stand behind them, expect the relationship to suffer. Maybe you really believe in their position, but find it imprudent to visibly show that support because others important to your success may have concerns. Then do your team member a favor (Be #2) and share that with them. You could even earn some respect by stating, “If you can convince Jack and Jill, then you can count on my support. If not, I am not in a position to support your proposal.” Not only are you being a good team player but you are also helping your colleague do a better job of building support through influence. That’s a vital lesson for every leader.

The tenets of being a good team member are really not different than those of any other relationship. The real difference is the consequences. Your friends and family may forgive you for talking too much, breaking promises, being self-centered and your lack of mutual support. However, don’t expect your work family to have the patience to do the same, Instead, they may give up on you and either marginalize you or make it in your best interest to find a new home. Either way, it’s up to you.