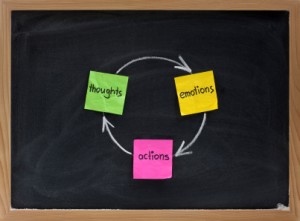 Nearly two decades ago, I learned a valuable lesson during the funeral for my best friend’s husband, Curtis.  The eulogy was delivered by Kirbyjon Caldwell, founder and pastor of Windsor Village United Methodist Church, in Houston Texas .  Curtis had become a family therapist after decades of struggling with his own familial relationships and helped countless families deal with their issues.  Hundreds of them were in attendance that day.  He shared how many of them were struggling with Curtis’s sudden and unexpected death and wondering how their families might go on without Curtis’ guidance.  As he removed his suit jacket, he told the crowd that he wanted to share with them how they might help themselves.  He flung the jacket across the dais, where it landed on the hook of a coat rack.  His message to the mourners was, “When your interaction with someone triggers anger, frustration, envy, impatience, or any negative emotion, don’t look at them, look for the hook in you.”

What Pastor Caldwell was referring to is personal triggers, which are events that initiate a fight or flight response in you. Emotions and ensuing judgment can arise so quickly, that it can be difficult to stop yourself from reacting.  Before you know it, you’ve accused your colleague of undermining you, when they thought they were being helpful.  Therefore, the best defense is a good offense.

Emotions override the rational center of the brain and you can’t think effectively when you are experiencing an emotional storm- so you need to develop a plan ahead of time. What causes you to get angry when ……?  For example, if you know that you become upset when someone isn’t being treated fairly- someone may be speaking to them inappropriately, shutting them down in a discussion, or attacking their personal character, you can prepare yourself to be responsive rather than reactive.