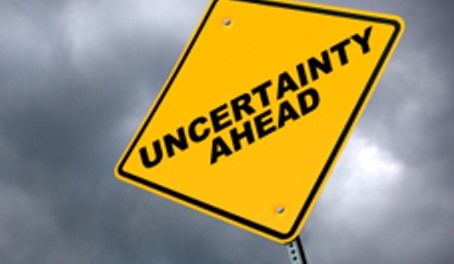 We are all living in a time of great uncertainty as we hunker down during this global pandemic. What stands out to me is just how clearly leadership matters more now than it does in our routine day to day existence. We are currently seeing examples of both effective and ineffective leadership. There are many leaders in cities and states around the country stepping up to help us get through these uncertain times.

On the national stage, we are hearing from only a handful of leaders daily. In my opinion, two of those leaders are standing out. Dr. Anthony Fauci, Director of the National Institute of Allery and Infectious Diseases exemplifies credibility, integrity, and courage. And, Governor Andrew Cuomo stands out in his ability to show empathy for the citizens of New York and to take accountability for his actions to take care of them.

Credibility
Dr. Fauci is an expert, but he doesn’t spend his time telling us why we should believe him. Instead, he shares his knowledge based on what he has seen in the past, while also acknowledging what he doesn’t know. He explains what we need to do based on known and unknown factors, and he does so with a sense of calmness. He reminds us that we have figured out these biological threats to our health in the past and that with the right approach and resources, we will overcome this one as well.

Integrity
Dr. Fauci tells us what he knows, but he refuses to speculate about things he doesn’t know. He acknowledges that with uncertainty comes fear and yet he remains calm and centered. While he is a physician and scientist, he understands that people need both the truth about what is happening and realistic expectations for the path forward. He maintains a sense of cautious optimism, without providing false hope.

Courage
Here is where Dr. Fauci truly stands out. He works for a White House that has a history of spreading lies and mistruths and that ridicules and banishes those that try to correct the President. While he has never directly thrown the President under the bus, he doesn’t miss an opportunity to correct or clarify when information is incorrect or misleading. He speaks truth to power and appears unconcerned of the consequences of angering a President who has shown himself to be insecure and in need of praise and adoration. This is what he told Politico about his approach, “”You should never destroy your own credibility. And you don’t want to go to war with a president. But you’ve got to walk the fine balance of making sure you continue to tell the truth.”

Empathy
Governor Cuomo is known for his candor and bluntness, but he also demonstrates both credibility and integrity as daily he lays out the facts and updates on what is happening in New York State.  In addition to laying out the facts, he also makes it clear that he is in the fight with you and that he will do everything possible to win. This is what he told the citizens of New York, “And we’re going to get through it because we are New York, and because we’ve dealt with a lot of things, and because we are smart. You have to be smart to make it in New York. And we are resourceful, and we are showing how resourceful we are. And because we are united, and when you are united, there is nothing you can’t do. …………We are tough. ……. This place makes you tough. But it makes you tough in a good way. We’re going to make it because I love New York, and I love New York because New York loves you.”

He shows that he is empathic by going further than anyone has when he took a moment in his daily press briefing to focus on mental health during the pandemic. “No one’s really talking about this. We’re all concerned about the immediate critical need, the life and death of the immediate situation, but don’t underestimate the emotional trauma that people are feeling and the emotional health issues,” he said as he urged mental health professionals to provide free online mental health services.  More than 6,000 professionals responded. His response to the number of volunteers, “How beautiful is that?”

He truly makes you feel like he cares about you. Empathy builds trust and signals deep emotional intelligence.

Accountability
No American leader is responsible for this pandemic hitting the U.S; based on how it presents and how it spreads it was inevitable that it would. With the dynamic nature of this situation, leaders must act with imperfect information. Governor Cuomo accepts that and makes clear that the buck stops with him. When he issued an executive order to close all non-essential businesses, he once again showed empathy by acknowledging that the order would cause disruption and perhaps unhappiness. Most importantly, he stressed that he and only he was responsible for this action. His words were clear and unequivocal, “I accept full responsibility. If someone is unhappy if somebody wants to blame someone, or complain about someone, blame me. There is no one else who is responsible for this decision. If you are going to be mad at anybody, be mad at me.”

The leadership traits of integrity, credibility, courage, accountability and empathy are important in all sectors of life. However, they are critically needed for all leaders who have  a role of guiding others through uncertainty.  A leader without these traits is more likely to create mistrust, confusion, a sense of helplessness, and possibly even panic.  Not everyone has what it takes to lead in times of uncertainty, but everyone can become a better leader.