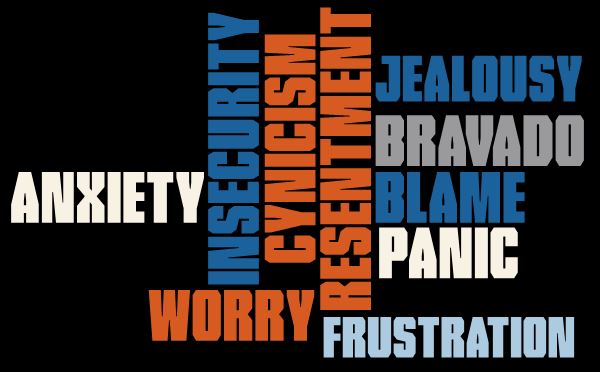 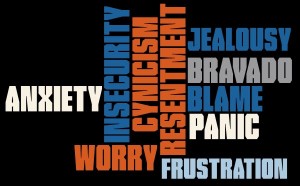 Take this situation for example. A manager was interacting with his female colleague around the requirements for a corporate brochure. After receiving her input on requirements, he recognized that her request did not include items that he thought were necessary for the finished project.   He did not bring them up in their discussion, nor did he include them in the brochure returned for her review.

When he gave her the brochure with the exact specifications she requested, she became annoyed that these items were not included. His response was that he knew her instructions were incomplete and that this happens with every project. He told her that she always communicates unclearly and incompletely and then makes it appear that his staff are incompetent, because they don’t fill in the blanks.   She became defensive and the relationship suffered.

While a more appropriate response would have been to ask questions, and seek clarification at the beginning of the project, he identified his intent was to teach her a lesson.   His intention was a red flag for unexamined emotion. Underneath his response was frustration with a colleague who communicates unclearly and then blames others for her incomplete communication. In the final analysis, both were reacting emotionally rather than responding professionally.   Such responses ruin the fabric of relationships and over time have the potential to generate even greater negative emotions, such as hostility.   What steps can you take to become aware of and manage your own emotional reactions?

Identify What You Are Feeling

We often delude ourselves into thinking that our negative emotions are the fault of others, when our feelings are based on our perspectives and needs.   The counterintuitive trick to managing negative emotions is to simply pay attention to the feeling- I’m worried, anxious, frustrated……, because I may not make this deadline, people aren’t giving me the information I need, there are too many obstacles in my way.   Once you know what you are feeling and why you are feeling it, you can move to the next step.

When you are in an emotional state, your brain does not work optimally. Taking a moment to step back and reflect will take you out of an emotional state and help you engage the cognitive part of your brain.   In this state, you will see options such as negotiate for a new deadline or ask for help to meet the deadline, engage the support of others to get the information you need, problem solve one obstacle at a time or find creative ways to get around those obstacles.

Think About Your Intention And How You Want To Feel

Feelings are nothing more than data and when you treat them as such, you can map a path from one state of being to another.   Things left unaddressed are bound to build to a negative state. In the above example, the client stated his intention was to teach her a lesson, but what he really wanted was for himself and his team to feel valued by their colleague. The interaction may have benefitted from the client being transparent and stating that,” the team works hard to be responsive to the requirements of colleagues and I really want to ensure that they have a complete understanding of your needs, I notice that you did not request…….   are those items that you would like us to address?

Feelings are both natural and useful to our interactions with others. They provide so much data about our current state. But, they can also be deceptive because they happen so quickly that we often don’t take the time to understand what the real trigger might be. When it comes to emotions, take the time to understand what they are telling you before you set a course of action.