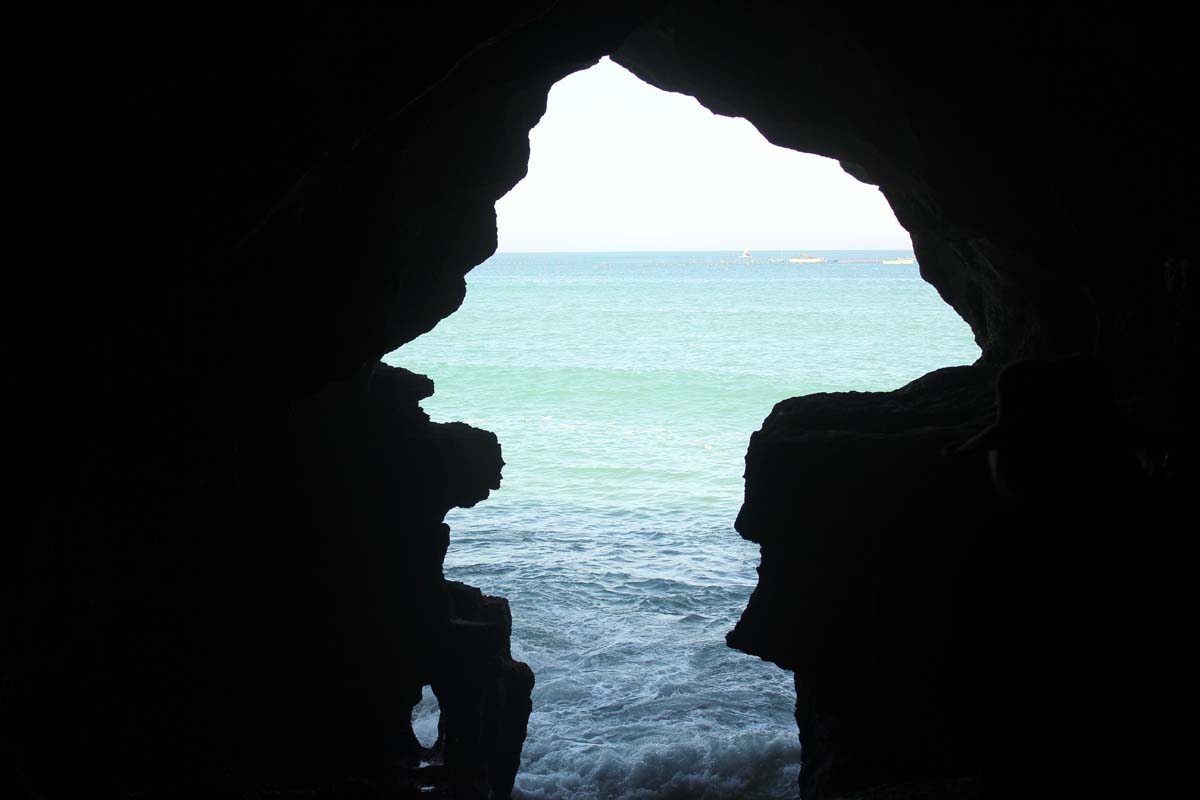 I snapped this picture in the cave of Hercules in Tangiers Morocco.  As I studied the cave opening looking out to the Atlantic Ocean, I saw two images, one of a man sitting and looking out to sea, the other a profile of a man wearing the traditional fez hat of the region.   Many people in my tour group could only see one or the other- not both images.  Why is it that we can look at the same object, the same landscape, the same person and see completely different things?    It’s because perception- is in the eye of the beholder.

Anais Nin said we don’t see things as they are, we see things as we are.   Therefore, perception is not reality.  Reality is interpreted via the filters of our beliefs, values, and core convictions; we act/react based on that perception. These actions / reactions create new realities.  Our perspective depends on what we think, do, say, and how we are perceived by others.  It is what we tell ourselves about ourselves and about others.

Think about some situations you have been in where several people experience the same thing, and have a completely different response.  For example, someone with a quirky sense of humor could cause laughter in one group and uncomfortable silence in another.   Does that mean that you need to be a different person with every group with whom you interact?  Absolutely not!  It does mean that you need to be aware of how you are perceived by others.  In order to maximize our impact, we must shift our own perspective.

Take these three steps to help you shift your perspective: